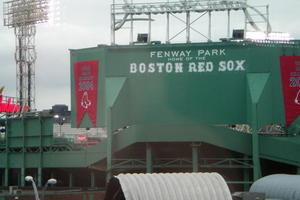 Time to roll out the red carpet, hang a giant American flag over the Monster, and
throw some heaters at A-Rod! That’s right, spring training’s on the way – Truck Day
is this Friday – and that can only mean that I can practically smell April 4th on the
horizon. Who will get the start? Beckett? Lester? Lackey? Dice-K?! Who cares?!
As long as it’s against the Yankees and we start off Sabathia’s season on a bad
note, that’s all that matters to me. I’ve been itching for a Fenway Frank ever since
the Winter Classic passed, and my ear needs to hear the ring of Sweet
Caroline and Dirty Water once again. It’s been too long without the sweet
surrender of Fenway Park in my life. 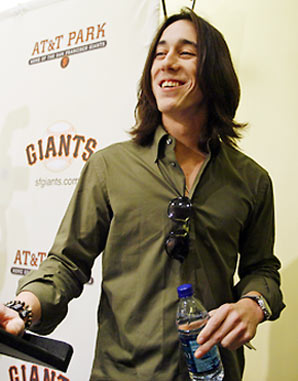 There’s a lot of questions to ask this season. Will the improved pitching and defense
make up for our lack of offense last year? Will Cameron be able to give the
offensive numbers we so desperately need? When Will Lowell be traded? Will
Beltre make up for Lowell’s absence? Will Ortiz come back into form? Does the
bullpen have what it takes to close out games? Will Scutaro falter? Will Martinez
and Beckett re-sign? Will Crawford, Mauer, or A-Gonz. be coming our way in July?
Maybe Webb or Lee will walk onto our mound. Will Manny hit one into the sacrificial
parking lot behind the Monster once again? Will we be able to beat Halladay in a
Phillies uniform? Can we rock Lincecum and his crazy mop in his home park? Will
we split yet another season series with the Yankees?

Will we win the World Series? … Will we even make the playoffs?

Only time will tell. However, one thing I know for sure is that I’m winning my
family-wide fantasy league this year. Call me cocky, but there’s no way I’m going
down this year. My family finished our offline draft via Skype earlier today, and I’m
pretty confident of my lineup, barring injuries or the like. I think the Canadian
weather has gotten to the parentals, because they clearly have no idea how to scout
a team properly. My brother was even sly enough to steal my beloved Joshie away
from me, but no matter. Anyway, here’s what I managed to scrounge together:

Let’s get this party started!